Originally from North Carolina, we found ourselves in Texas in 1998 after Lauren took the opportunity to transfer when his employer was swallowed up by a larger company. It was, to say the least, an interesting transition, but we made it! We’re now happy home owners in Plano, Texas, with two horses, a dog, and three cats. 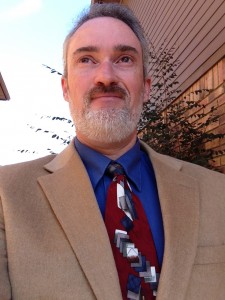 Shortly after the move, Amanda returned to school to obtain a teaching certificate from UT Dallas and began teaching in Plano in 2001 where she has been happily influencing 9th and 10th graders since.

Inspired by her dedication and perhaps a few too many bumps on the head, Lauren quit his job in 2010 and returned to school in order to finally complete his Bachelor’s degree and join Amanda in the ranks of high school teachers. Lauren expects to complete his studies at UT Dallas in the fall of 2014. He decided it would be fun and challenging to get a degree in Physics, since that is what he plans to teach. Apparently fun and exciting just don’t get along since he is usually found nose deep in a book or electronic equivalent thereof these days.

We both have become avid cyclists, although it seems easier these days to find good excuses to do something else. Amanda is quite often found riding, grooming, or training her horse when she manages to escape from school.